Dr. Darla Eshelman is in her 39th year of teaching all levels of music education.  She was K-8 vocal music teacher and high school accompanist in Phoenix, AZ public schools from 1981-1991, and earned her master’s degree in choral music from Arizona State University during that time.  From 1991-95 she earned her doctorate in Mued with Kodaly Emphasis from OU, while teaching mued methods courses and also serving as Kodaly specialist for Whitebead K-8 School in Pauls Valley, OK.  Following that, she was Professor and Vocal Mued Coordinator, Women’s Choir Conductor and Youth Community Choir Director at OBU from 1995-2009,  She then taught at UCO as Undergraduate Vocal Mued Program Coordinator, Graduate Mued Program Advisor, and Women’s Choir conductor from 2009-2019.  She was also the Ph.D. mued program advisor for UCO’s partnership with Swansea University in Wales.  Currently she is on the vocal music faculty team at Heritage Hall School, serving as accompanist for the middle and upper school choirs.

For the past 25 years, along with her university courses, she has conducted youth community choirs.   Currently she is founder and director for Voce Spiritus, a community youth choir for middle school and high school girls, under the Central Oklahoma Solfa Youth Chorus Program. Voce Spiritus performed as the invited choir for the 2018 Fall OkMEA Fal Conference, and again as the invited choir for the Oklahoma Choral Directors 2019 Summer Convention.  Her community youth and children’s choirs have performed for numerous conventions including those for OkMEA, National OAKE, and National ACDA.  She is a member of and has served on the boards of NAfME, OkMEA, ACDA, OkCDA, OAKE, and OKE.  Darla is a past president of both the Oklahoma Choral Directors Association, and the Southern Division of the Organization of American Kodaly Educators.

Dr. Eshelman is an active choral music composer with over 40 works published and performed regularly by choirs around the globe.  Recent commissions have included choral works for the 2014 SWACDA Children’s Choir, and the 30th Anniversary Concert of the Indianapolis Chidren’s Choir in 2016.  She is frequently invited as a guest clinician and conductor for elementary and secondary choirs and has presented many workshop and honor choir performance sessions.  She resides in Edmond with her husband of 38 years, Corky.  Their son Connor is a freshmen vocal performance major at Oklahoma Baptist University. 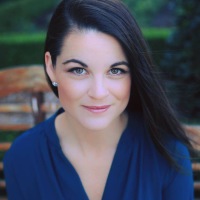 Melissa Baughman is Assistant Professor of Choral/Vocal Music Education at the University of Oklahoma, where she supervises preservice teachers and instructs courses in choral methods, choral conducting, and voice pedagogy. She enjoys serving as a choral clinician, adjudicating solo and ensemble events, and coordinating music education outreach events. Prior to joining the faculty at OU, Dr. Baughman instructed music courses at Middle Tennessee State University, served as an adjunct voice instructor at Central Methodist University (MO), was the director of vocal music at Montpelier Schools (Ohio), and maintained a thriving voice studio for over a decade.

A native of Dallas, Texas, Dr. Jeff Wall is currently the Director of Choral Studies and Department of Music Chair at Northeastern State University in Tahlequah, Oklahoma.  He is also co-founder and conductor of the professional-level chamber choir, Vox Solaris.  He is an active choral & orchestral conductor, clinician, adjudicator, presenter, baritone soloist, and church musician.

Prior to his appointment at NSU, Wall was Director of Choral Studies and co-chair at Bethany College in Lindsborg, KS where he was the Elmer F. Pierson Distinguished Professor of Music.  He conducted Handel’s The Messiah and J.S. Bach’s Passion According to St. Matthew annually for the Bethany Oratorio Society’s Messiah Festival of the Arts.  Other previous appointments include Director of Choral Activities at Georgia State University and New Mexico Junior College as well as a secondary school choral teacher in the Lubbock Independent School District.  He holds a Bachelor of Music in Vocal Music Education from Texas Tech University, a M.M. from The University of Tennessee, and a D.M.A. from The University of South Carolina.